This is the world of the Sony PS4 video game Fallout 76. The premise of Fallout 76 (like most games in this genre) is to survive in an unfriendly post apocalyptic dystopia by killing everything in sight you find threatening. 20 people play online together in a large open world experience where they can see, communicate, and interact with each other in real time. The players participate in stereotypical gaming activities such as; exploration, completing dangerous quests, building a home base structure, in addition to hunting threatening monsters and often times each other for sport.Mechanics at the start of the game require the player to custom design an avatar they wish to represent them    during the course of their play. Detailed modifications in age, sex, race, build, facial features, etc, allow the player to model the avatar into a facsimile of their actual appearance or a fantasy version of whatever they desire themself to be. Using the games advanced built in camera tools a player can also take photographs of their experiences or even “virtual selfies”.Fallout 76 presents a hyper masculine gaming space filled with aggressive behavior and costuming, the thrill of power over others, and more often than not the racism, sexism and homophobia that anonymous play provides cover for.I approached this world with the tool kit of a portrait photographer; lens choices, compositions, location scouting, building sets, creating or waiting for the perfect light, costumes, and choosing from the limited poses the game provides.I created my avatar not as a representation of my true self but more as a self expression of my sexual desire.Through a series of homo erotic self portraits my intention is to place myself into a world that isn’t necessarily welcoming to me as a gay man and subvert it.  I seek to question hyper masculine spaces and question my place in them. I also want to play with the narcissism of the self portrait and to explore myself as the object of my own desire. 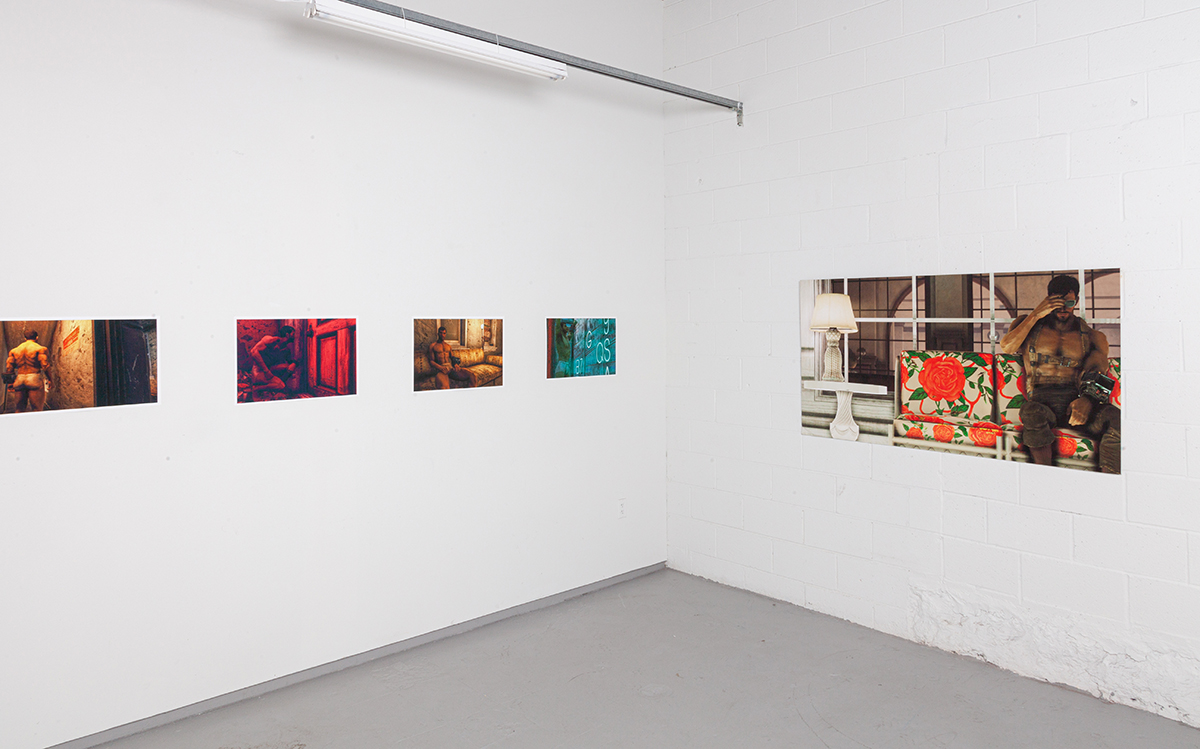 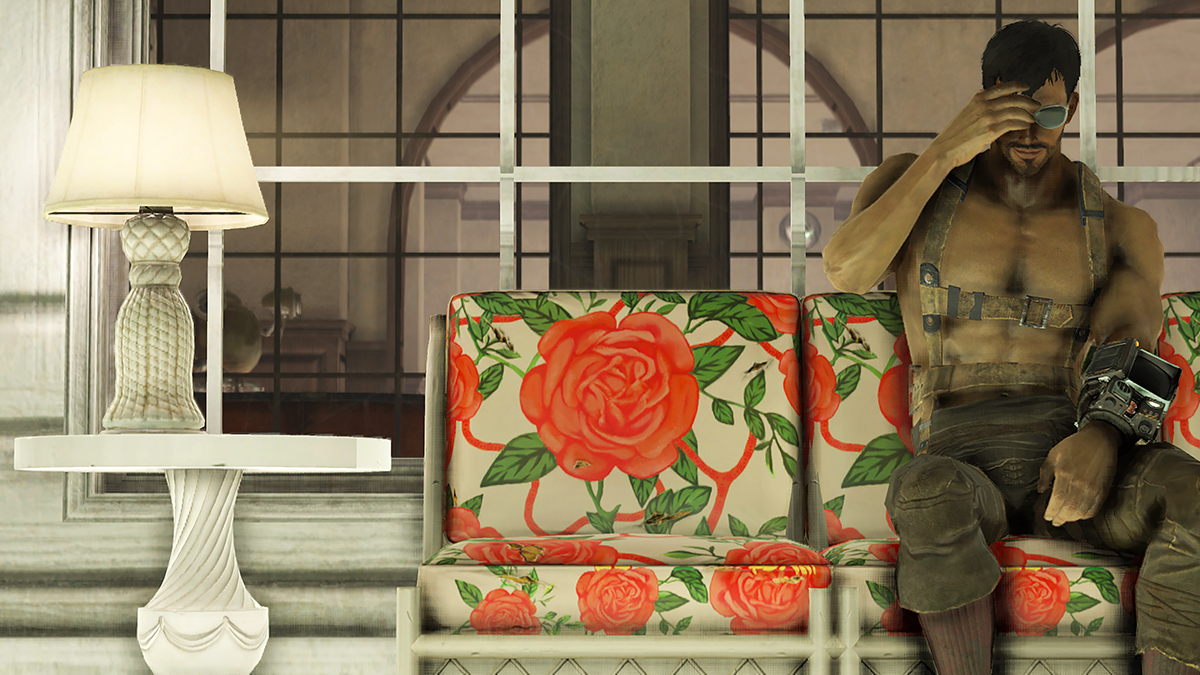 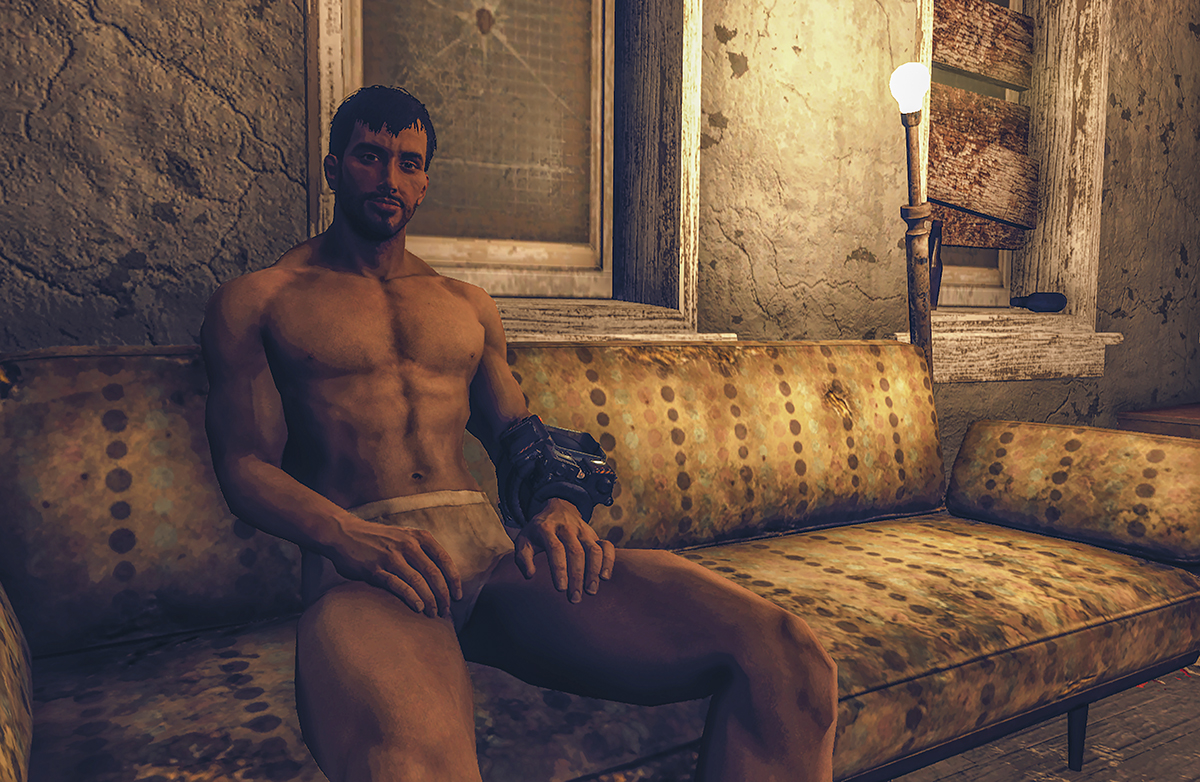 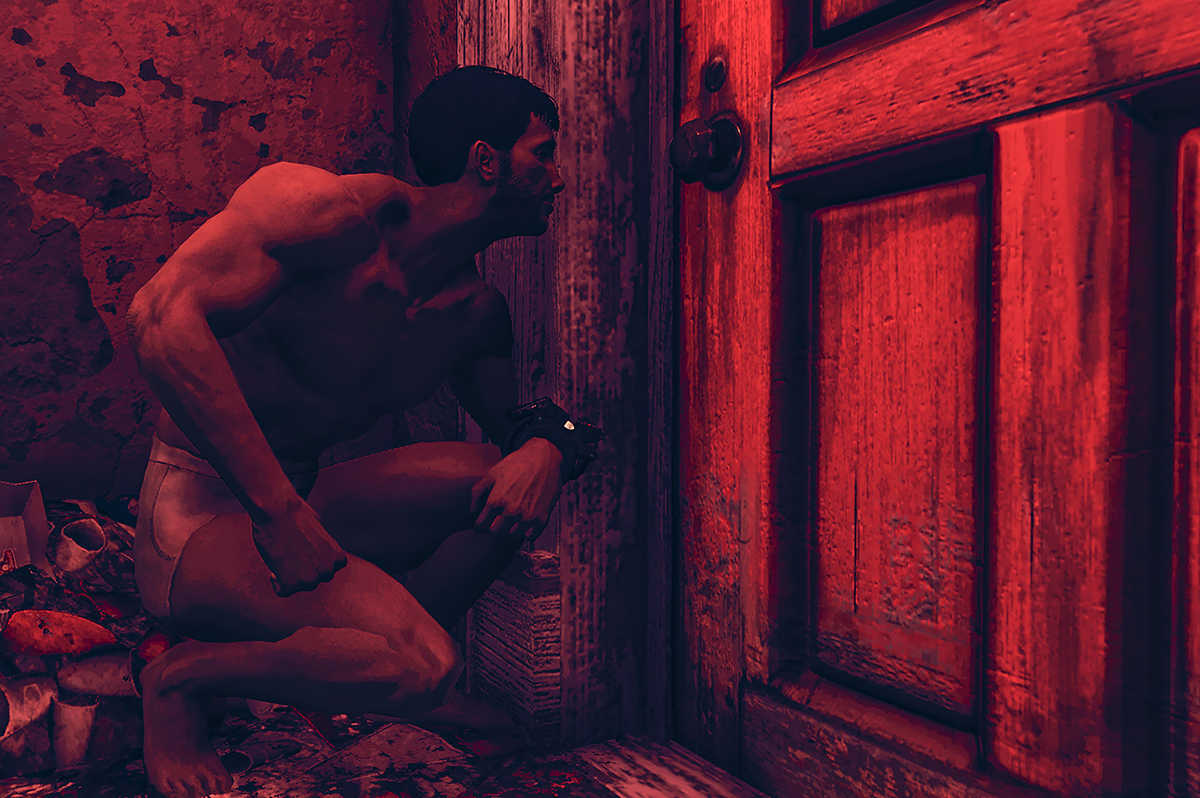 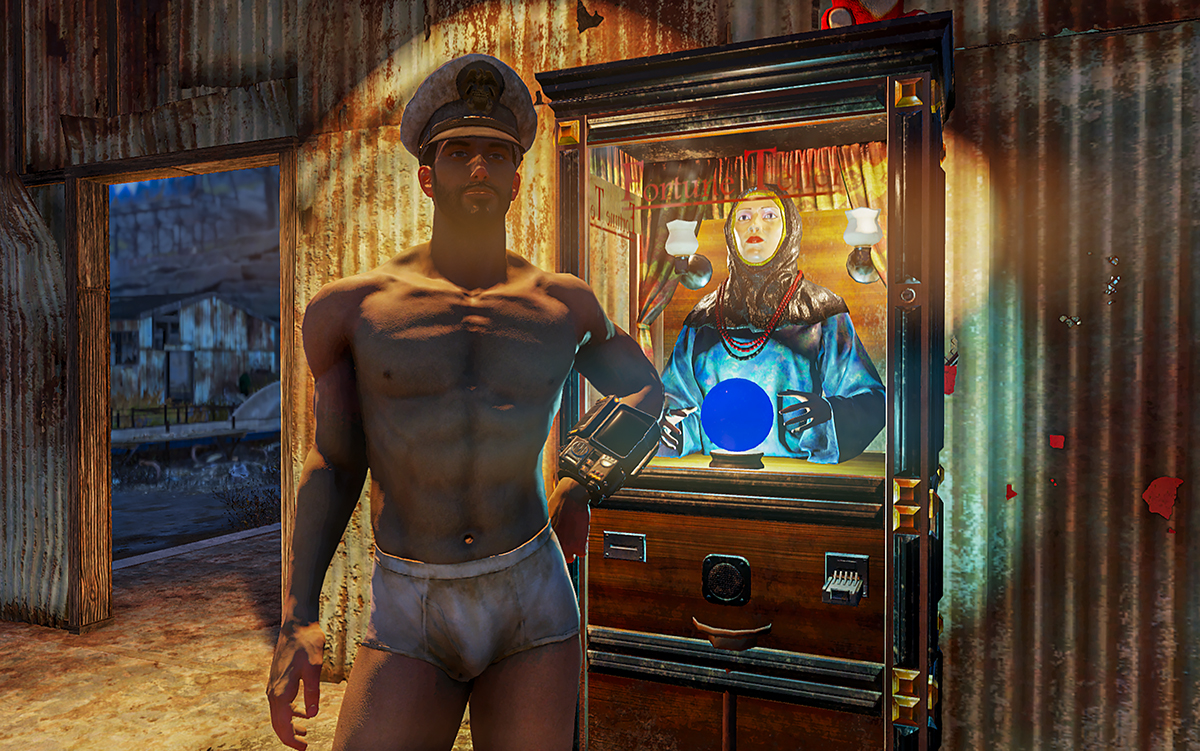 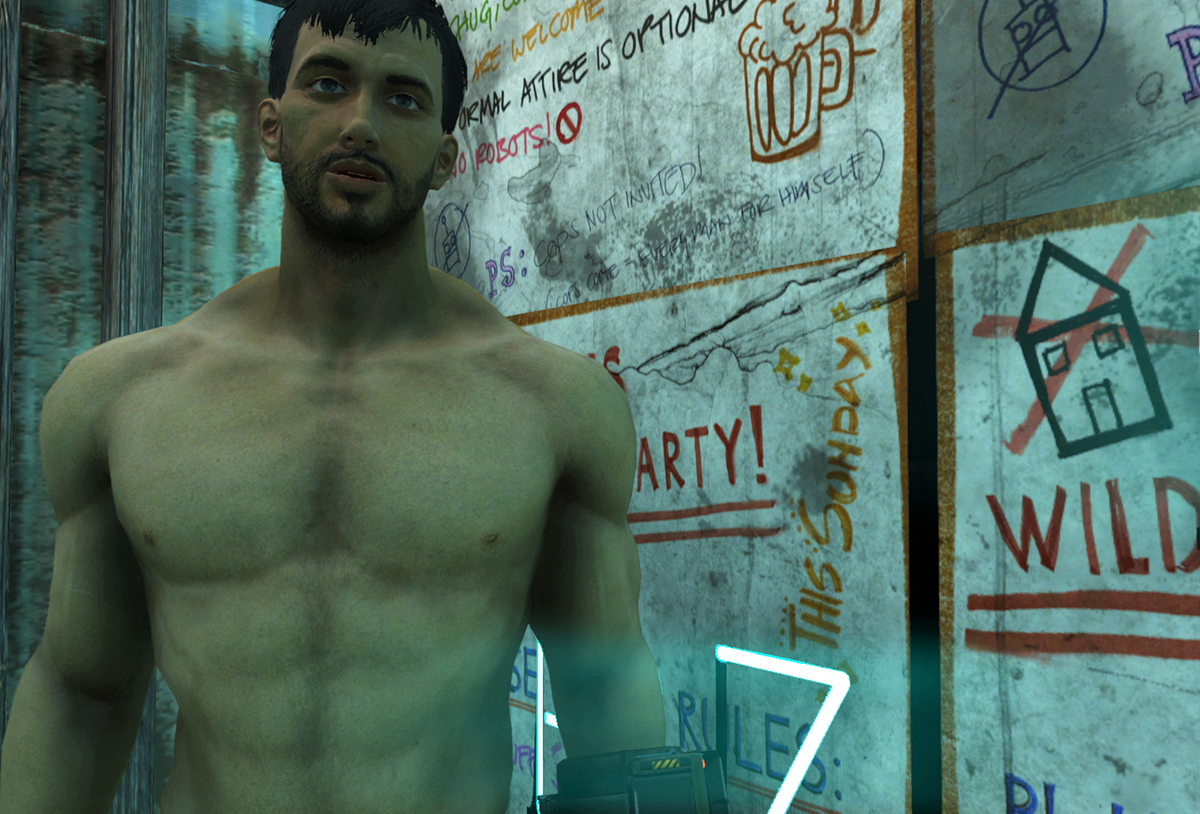 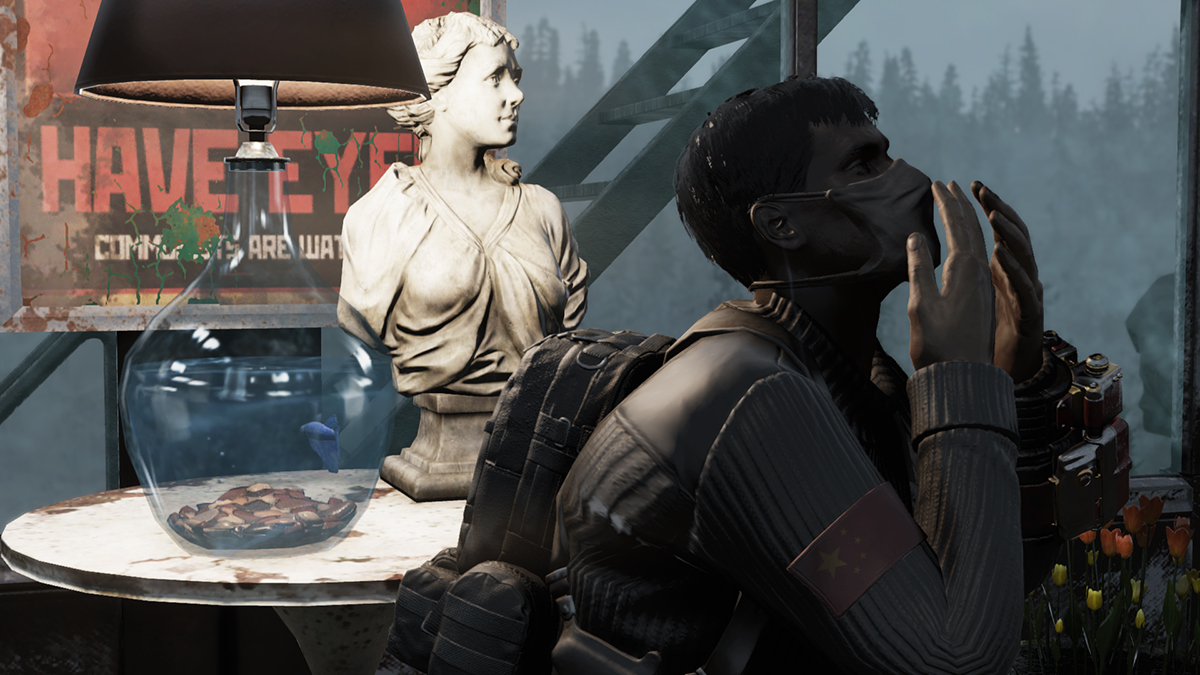 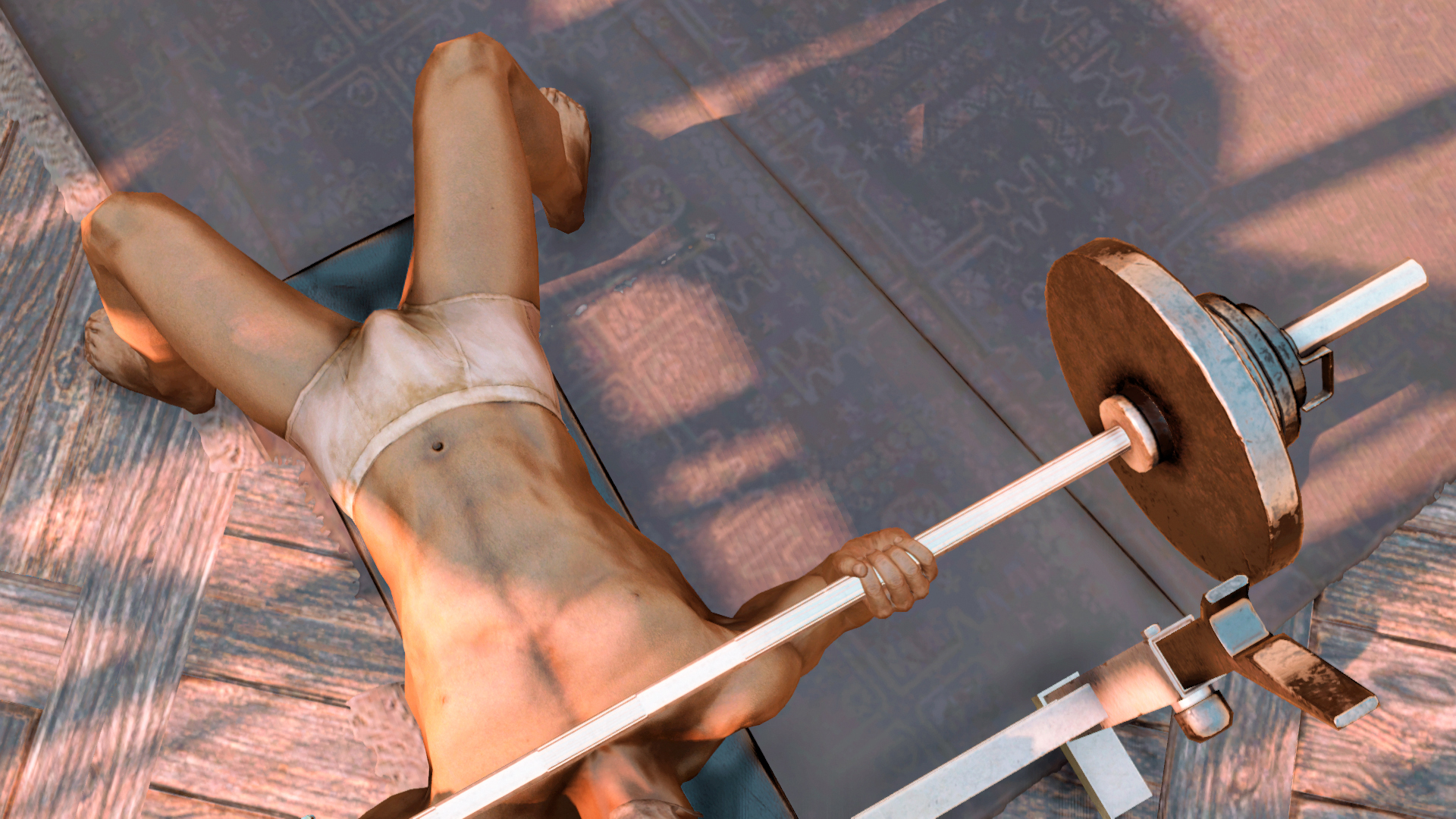 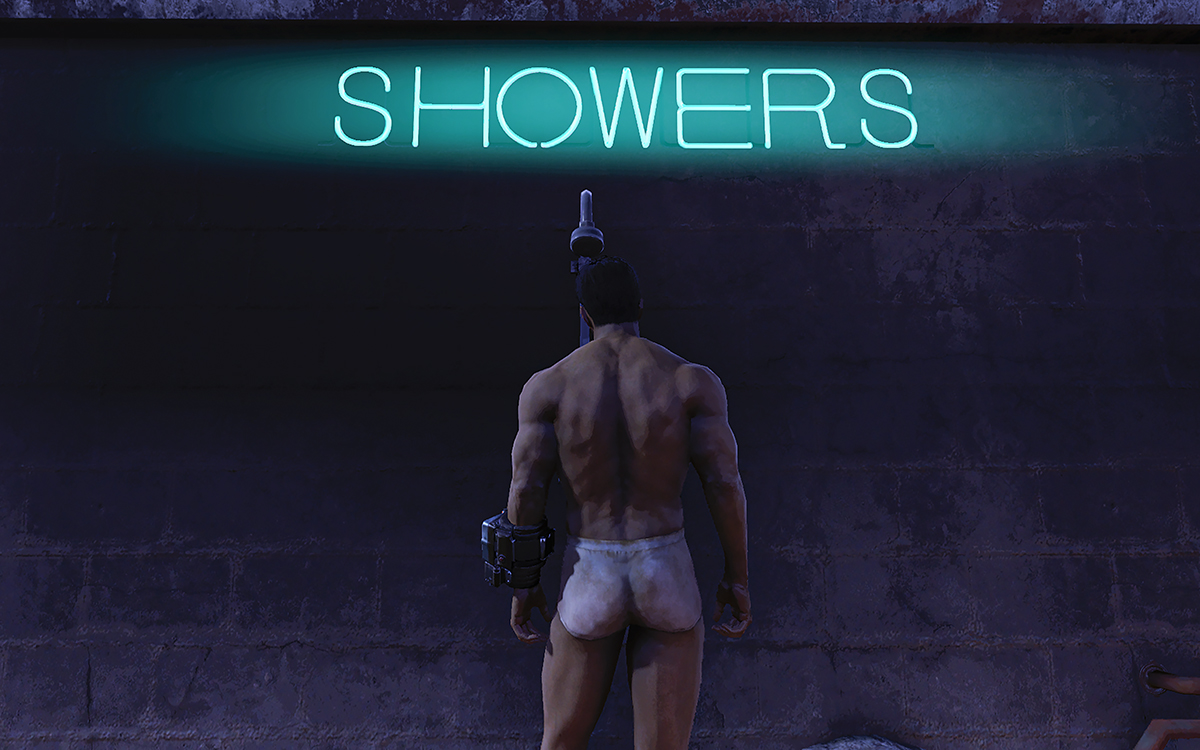 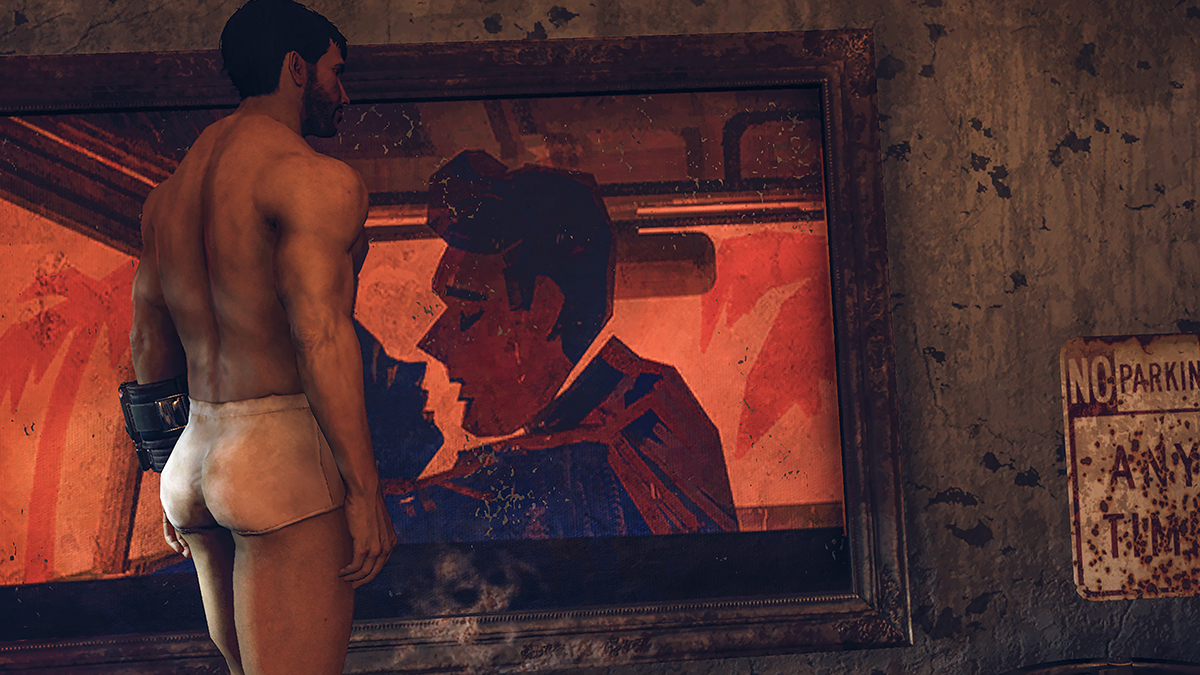 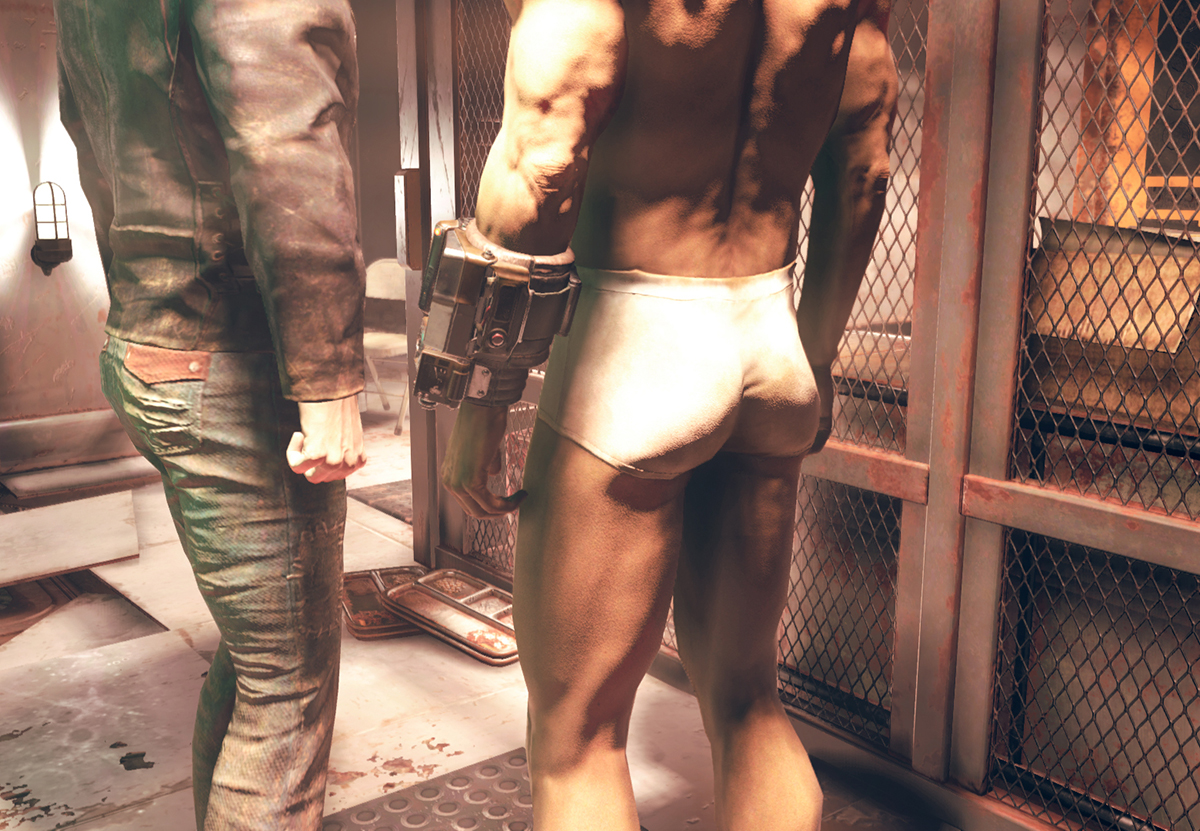 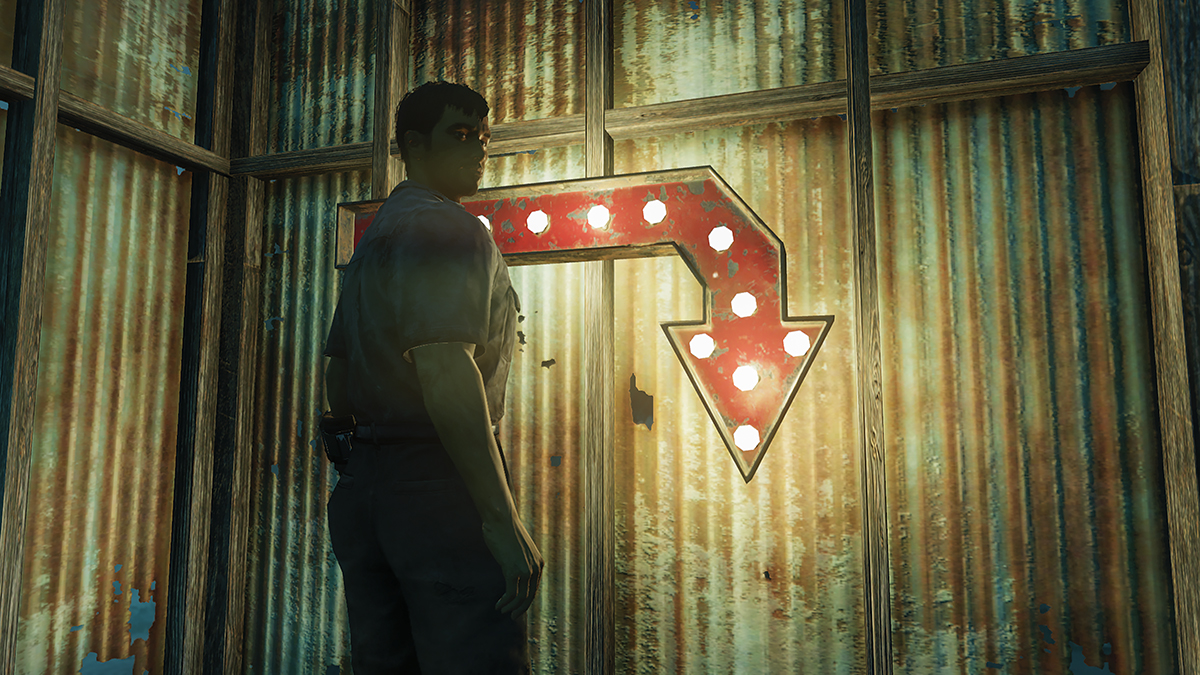